Between 1910 and 1922, James Pryde worked for his principal patron, Baroness Annie Cowdray at Dunecht House, Aberdeenshire. In a series of paintings for this most progressive, energetic and discerning of clients, Pryde produced what is widely considered his seminal masterpieces. The present exhibition contains the majority of the original paintings that hung in Dunecht House, in the great library designed by George Edmund Street, hanging together for the first time in nearly fifteen years. The painting of James Pryde is quixotic, eccentric, vigorous and somewhat anti-establishment. He was a British painter in a time when British artists generally didn’t engage with abstraction. And yet he stands apart from his contemporaries; the mechanisms that drive him and lead to him producing images are unique. At the end of the 19th century he formed a radical and innovative collaboration with William Nicholson, the “Beggarstaffs”, pioneering graphic art through poster design, which placed Pryde at the cutting edge of artistic developments in Europe. His subsequent independent painting, however, is incredibly difficult to quantify, particularly in relation to other artistic trends of that time. His painting is bold, dark and finds its principal root in his imagination, not in reality. Clearly much indebted to the Old Masters, in particular Velasquez, Guardi and Piranesi, he fills his canvases with huge vertiginous, theatrically damaged buildings, which dwarf the figures often dressed in costume and of a dubious character. They are Romantic, undoubtedly surreal, mystical and challenging. But what are they really about? The Beggarstaffs was recently explored in an acclaimed exhibition at the Fitzwilliam Museum, Cambridge, but this exhibition considers the underlying ideas behind his art through the brilliant output of work he made for Viscount and Viscountess Cowdray over the course of a decade. The Daniel Katz Gallery have collaborated with Dr Wendy Baron, who has written the accompanying catalogue essay. This must-see show of an important and somewhat neglected Modern British painter includes loans from the Government Art Collection and the New Walk Art Gallery, Leicester. 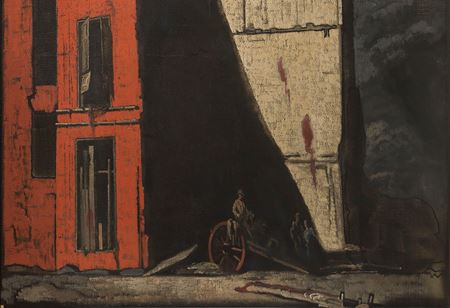 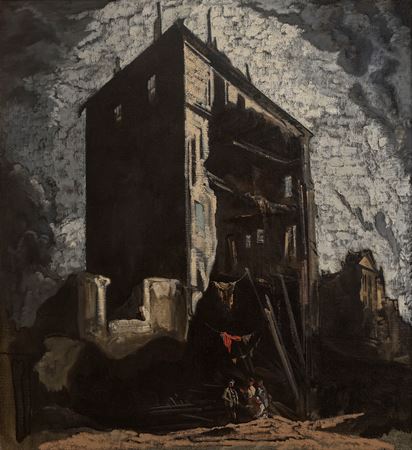 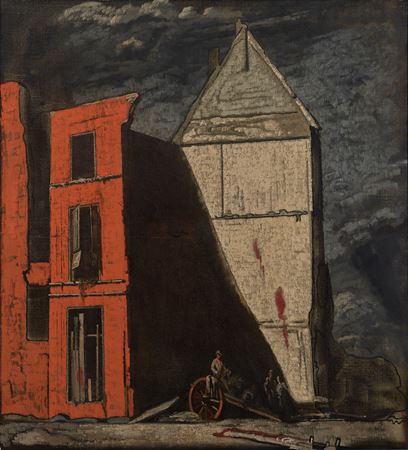 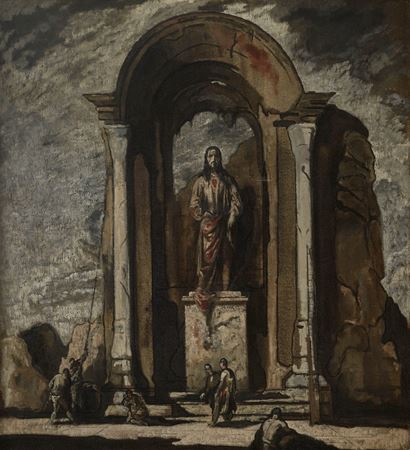 The Shrine (formerly The Demolition of the Statue and the Arch) 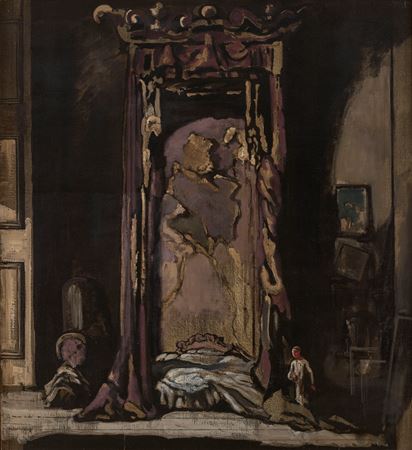 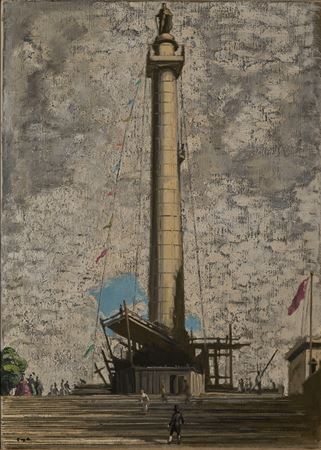 Construction (formerly The Unveiling of the Duke of York’s column) 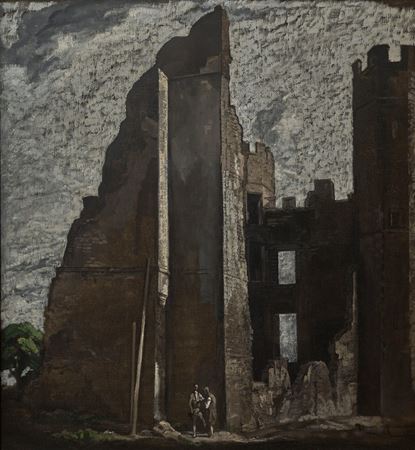 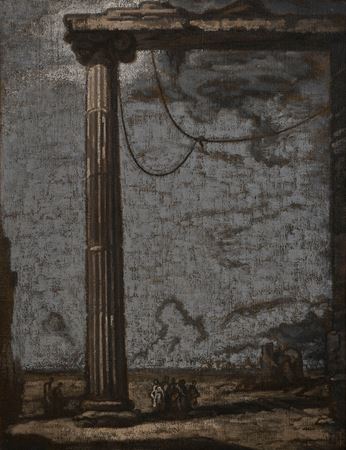 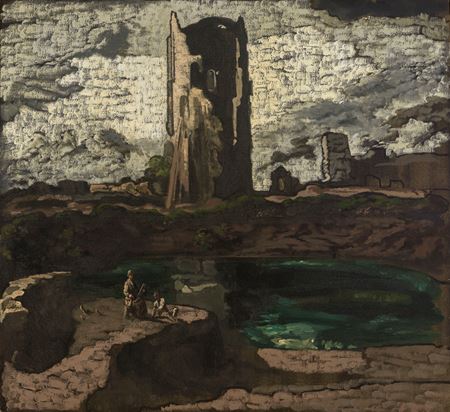 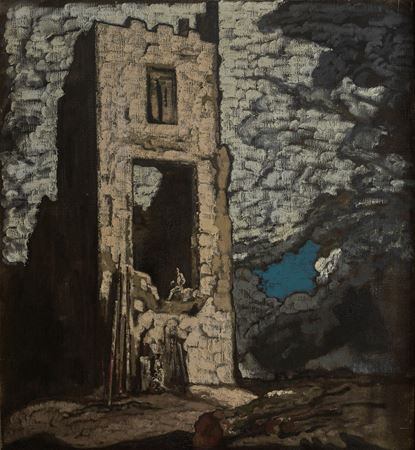 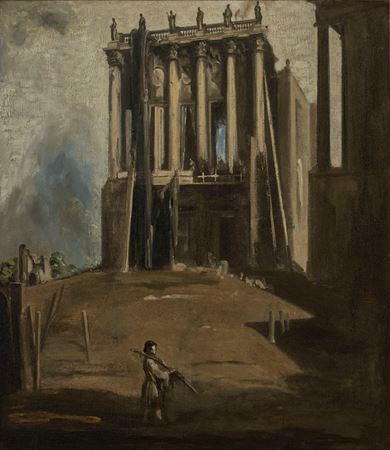 The Shell (formerly The Cinder) 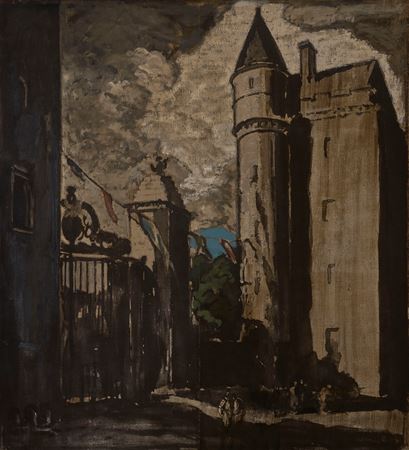