The Daniel Katz Gallery is pleased to be participating in the second joint event of leading dealers in the Berkeley Square area in Mayfair.

Five leading art dealers based near Berkeley Square in Mayfair will host an evening of receptions on 2 December 2015. This follows the successful inaugural event last year, at which guests walked between the participating galleries. This year, Ariadne Galleries, Charles Ede, Kallos Gallery, and Daniel Katz Gallery will be joined by the recently opened Dutko Gallery, specialists in modern design. While ancient art continues to be the over-arching theme, the Dutko Gallery’s modern pieces share an aesthetic of simple forms and clean lines with the earlier works seen at the other galleries. A highlight of Ariadne Galleries’ display will be a marble over life-sized Greek head of Aphrodite, dated to the 3rd-2nd century BC. Further important Greek objects will be shown at Kallos Gallery, as part of their exhibition Amaranthine, featuring ancient jewellery alongside sculpture and coins. Charles Ede will showcase Egyptian, Etruscan, Greek and Roman objects including a very rare example of an Egyptian goose sculpture in gessoed wood and bronze, with two of the only other known pieces being on display in the Louvre. Daniel Katz Gallery will display ancient objects including an incredibly rare and well-preserved Egyptian Falcon, which is a Royal object from the reign of Nectanebo I (380-362 BC). Alongside this they will present an exhibition entitled 30 Years an Obsession, A Private Collection Uncovered giving a rare chance to view a superlative selection of 19th century and Old Master paintings, including works by Lucas Cranach the Elder to Cezanne. Dutko Gallery will showcase modern furniture and objects including an important Art Deco desk by Marcel Coard. Made from veneered black ebony and bronze with a python skin top, it was used by the designer himself. Newly opened or relocated in 2014 and 2015, the galleries are enhancing the reputation of this part of Mayfair, and represent a flourishing destination for discerning collectors of ancient and modern art. Ariadne Galleries acquired their London space at 6 Hill Street last year, to complement their existing New York premises. It is dedicated to presenting the highest quality Egyptian, Greek, Roman, Eurasian, and Byzantine art. The gallery’s London presence has continued at Masterpiece, London Art Week, and Frieze Masters. In addition to its two existing galleries in Paris, Dutko Gallery launched a London space in October 2015. The gallery showcases works of contemporary and modern artists alongside Art Deco furniture and objects. Dutko’s arrival in London coincided with participation in PAD London, firmly establishing a presence in the Berkeley Square area. Though established in Mayfair since 1971, this October saw Charles Ede celebrate the first anniversary of its move to Three Kings’ Yard. The gallery recently opened an exhibition of Egyptian, Etruscan, Greek and Roman antiquities, accompanied by a fully illustrated catalogue. It participates in several international art fairs including TEFAF Maastricht, Masterpiece London and the Basel Ancient Art Fair and is renowned for the outstanding quality of its stock and academic research. Kallos Gallery, specialists in ancient Greek art, have staged a dynamic programme of exhibitions, talks and events since opening last year on Davies Street. In addition to events for collectors the gallery runs an education and outreach programme. The gallery’s current exhibition Amaranthine features three exquisite pieces of Greek jewellery, including two never previously exhibited in the UK. Daniel Katz Gallery is based at elegant premises at 6 Hill Street following a move in May 2014. Defying categorisation, the gallery deals in the finest pieces from Antiquity to the 20th century. It works closely with many of the world’s major museums. 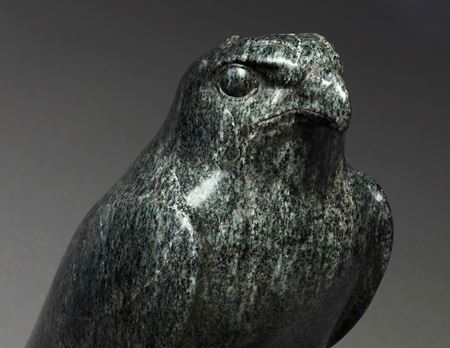