Following the success of A Collector’s Cabinet II last year, Daniel Katz is pleased to announce our third instalment of what has become a yearly appointment for connoisseurs. The exhibition aims to introduce more affordable European sculpture and works of art to a wider range of collectors, with prices ranging from £3,500 to £50,000. An eclectic selection of works from the late medieval period to the 19th century will be on show. Amongst the highlights are a wonderful group of terracottas of the 18th and 19th century, including a bust of a young bacchanalian faun by Louis-Claude Vassé (1716-1722), a portrait of the painter Teniers by Gilles Lambert Godecharle (1750 –1835) and a French model for a tomb from the 1770s. From the Renaissance collector’s study is a selection of small Italian bronzes showing Andromeda, Queen Dido and Apollo. All are beautifully mannered in their design with gilding and coloured lacquer. From the 19th century artist’s studio we will be showing a plaster relief by Aimé-Jules Dalou (1838-1902) entitled The Punished – originally a design for a book of poems by Victor Hugo, together with a model of a monument to Maréchal Ney and a coloured plaster portrait relief of Beethoven by the Munich Secessionist Franz von Stuck (1863-1928). Daniel Katz has been dealing in European sculpture since 1968 and is renowned for handling only the best. He blends the expertise of a connoisseur with the passion of a collector. He is proud to count the leading museums of the world among his clients, including The British Museum, The Rijksmuseum and The Metropolitan Museum of Art. The gallery operates from an 18th century townhouse in the heart of London’s Mayfair. - Catalogue available on request 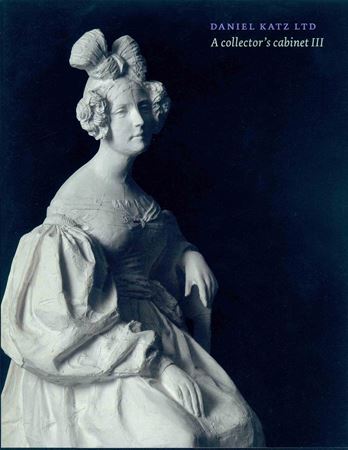