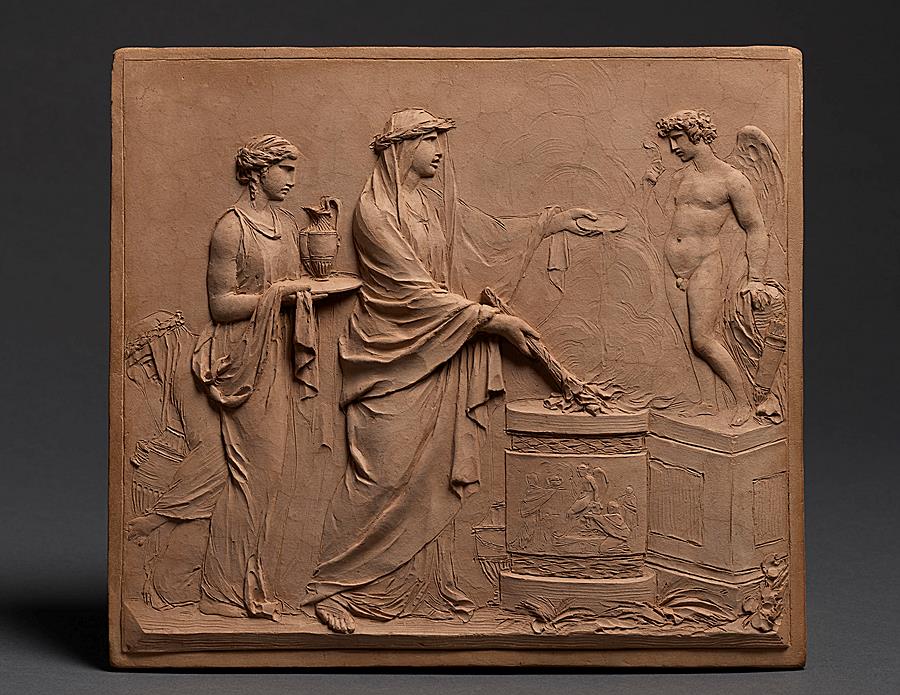 
This exquisite terracotta relief of the Le Sacrifice à l’Amour was exhibited by Clodion at the Salon of 1773. It was here that it was most likely seen by the Prince de Conti, subsequently entering his collection, alongside its pair, La Marchande d’Armours. The sculpture has since only been known from the drawing of it made by Gabriel De Saint Aubin in his annotated auction catalogue from 1779, at the time of its inclusion in the second of the two famous sales of the Prince’s collections.

Clodion depicts a priestess, robed and veiled, and with a laurel leaf on her head, in the act of making an offering to a naked, winged cupid who stands on a pedestal, one hand holding his bow and the other ready to pull an arrow from his quiver. The priestess pours a libation from a patera onto the altar whilst lighting a fire with a torch. Smoke billows up before her and in front of the figure of cupid. Behind the priestess, a vestal virgin in a classical stola with bare arms, her hair arranged in a chignon, carries two ewers on a tray. A third veiled woman crouches behind her, turning her back to us, holding a large vase.

In the decoration of the altar the artist has cleverly depicted a mise en abyme in the recursive use of a scene depicting another sacrifice or offering of love. Executed in low relief in minute detail it evidences Clodion’s superlative mastery of both his medium and his tools. Equally impressive is the draughtsman-like execution of the crouched figure, beautifully sketched into the clay. Indeed, Clodion’s consummate ability to switch between high and low relief is admirably displayed in the contrast between the aforementioned crouched figure and the high relief of the forearm and robe, tray and jugs of the vestal virgin in front of her.[1]

The subject, of an Offering or Sacrifice to Love, was an admired neoclassical motif, with obvious symbolic connotations - reflecting ideals about morality and selflessness for the greater good. In particular, the depiction of Vestal Virgins, synonymous with the goddess of the hearth and the notion of safeguarding the city, had specific resonance with patriotic contemporaries. The popularity of such imagery is testified by numerous interpretations in neoclassical art including by Vien, Parizeau (after Boucher), Raoux, and Lavalée-Poussin. Notably Jean-Baptiste Grueze’s interpretation, painted in 1767, now in the Wallace Collection which was interestingly, also formerly in the Prince De Conti’s collection.

Clodion first explored the classically inspired subject of sacrifice in a vase, now in the Louvre, Paris, executed in 1766. Two variant bas-relief terracotta’s on the more specific theme of the Sacrifice of Love also exist and testify to the artists own personal interest in the subject.

Whilst a popular motif, there is no precise source for the present work, which is completely the artist’s own invention. However, the subject is clearly indebted to the
classical sources and the figures bring specifically to mind those depicted conducting an offering in The Aldobrandini Wedding. Clodion would have seen such frescoes during his time in Italy and indeed there was a great vogue for the celebrated discoveries at Herculaneum and Pompei. Indeed the pair to the present piece, Le Marchande d’Armours – derives directly from an ancient painting from Herculanuem and is illustrated in Le Pitture antiche d’Ercolano (t.III, 1762, pl. 41, see figs. 1 & 2) -  a book which Clodion would have no doubt consulted as well others such as the Receuil d’Antiquities. The scene does bare some resemblance to lines from Virgil’s Eclogues and Scherf has suggested that the scene - with the nude figure of Cupid in great contrast to the severe, veiled figures - can be interpreted specifically as love’s triumph over chastity.

Le Sacrifice à l’Amour also exists with some minor variations, as a signed marble relief, in the Museé des Arts Décoratifs, Paris. There are also two other known terracotta versions; one listed by Scherf as in the Brinsley Ford Collection, London (having been bought from Emile Strauss in 1929), the other sold at Sotheby’s in 1977 (April 7th, lot 295) and previously owned by George Wildenstein.


[1] It is interesting to note the exquisite gradation of relief in the present work which is directly comparable in quality to a terracotta relief of The Death of St Cecilia (now in the Hermitage, St Petersburg) commissioned shortly after the present work was executed – in the late 1770s for Rouen Cathedral. Furthermore, the vestal virgin in our work seems to be a direct prototype for the companion figures of St Cecilia in the Rouen relief. 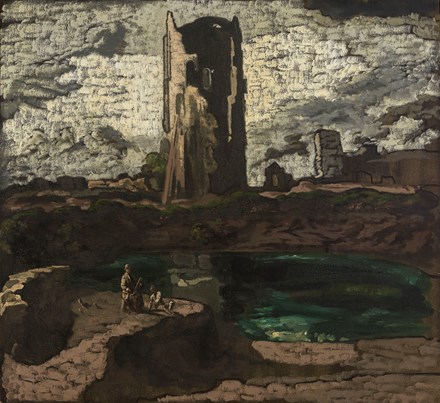 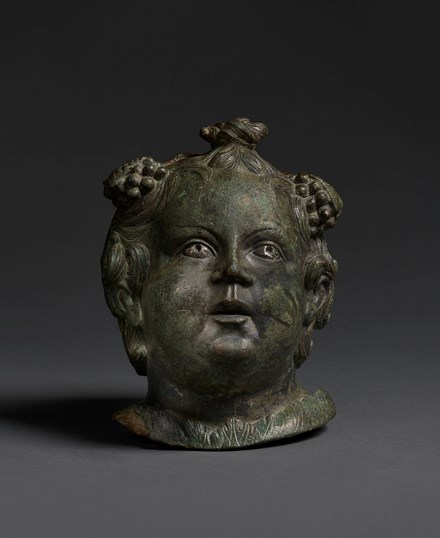 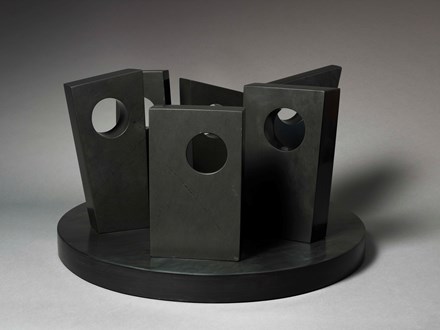 Six Forms on a Circle