Baron Joseph Paul Sipière (1839-1901) was a notable lawyer and a man of letters under the close employ of Napoleon III - as well as writing under the pen name Desmirail and owning a Chateau of the same name. In around 1874 he married Eugénie Pauline Mérida Jandot (1855-1905) and it is possible Carpeaux was commissioned to produce a marble bust of her to celebrate the marriage. The marble, signed and dated 1874, (present whereabouts unknown) was exhibited at the Paris Salon of the same year and was subsequently lent by the daughter of the sitter, la Comtesse de Bourg de Bozas, to the 1912 exhibition at the Salle de Jeu de Paume.
A preparatory plaster version, dated ‘1872’and marked up with artists pointing marks is now housed in the Ny Carlsberg Glyptotek (having been gifted in 1908 by the late artist’s wife, Amélie Carpeaux). The present plaster was executed in Febraury 1873, prior to the salon marble, on Carpeaux’s return to Paris from London - where he had been with Napoleon III.
As is typical of Carpeaux’s practice, whilst the Glyptotek plaster was intended as a working model, the present plaster was intended as a more highly finished ‘presentation’ piece, and a pendant to the salon marble.


Despite being the final work in a group of notable busts of women from the aristocracy of the period, it is nonetheless one of his best. Full of elegenace and livelinees, it conveys the consummate ability that led to Carpeaux being considered the greatest sculptor of the Second Empire in France. Beautifully reinterpretating the portrait conventions inherited from eighteenth-century sculpture, the Baronness is presented in a three-quarter view, her gaze turned. Her wonderfully elaborate hair and the sweeping drapery reminds the viewer of the swagger of the previous century, as does the well-rendered bouquet on her décolletage, giving the sitter a sensuous sophistication and conferring a sense of majesty appropriate of a figure of Napoleon III’s retinue.

In literature of the time the sculpture was praised by Guillame Apollinaire in his Chroniques d’art (op. cit) and the plaster’s captivating likeness is further recorded in a poem by Robert de Montesquieu, titled ‘A la Marquise du Bourg de Bozas’. In 1923 the present plaster was sold by the reknowned dealer Georges Petit in 1923 for 20,000 francs making it not only one of the most expensive works sold by Carpeaux in the early twentieth century but also the highest price paid for a female bust by the artist. The fact that it was bought at that sale by the sitter’s daughter, to accompany the salon marble the family already owned (currently untraced) – testifies to the esteem with which it was held, as does the coverage of its sale in the leading magazines of the day. 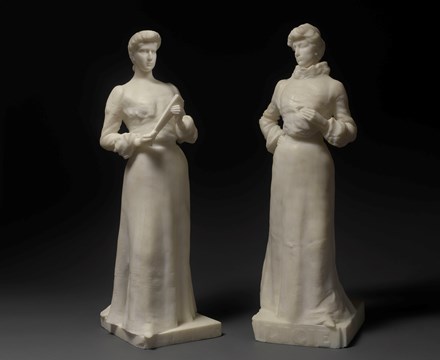 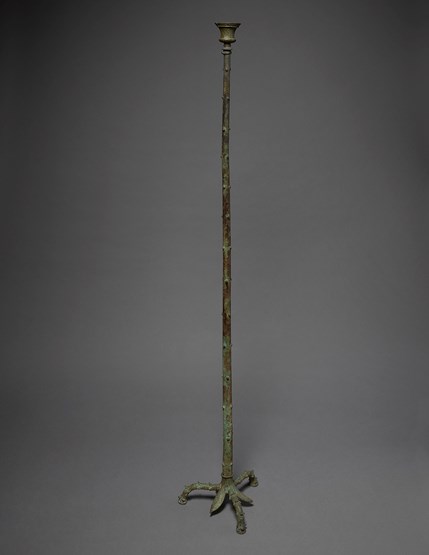