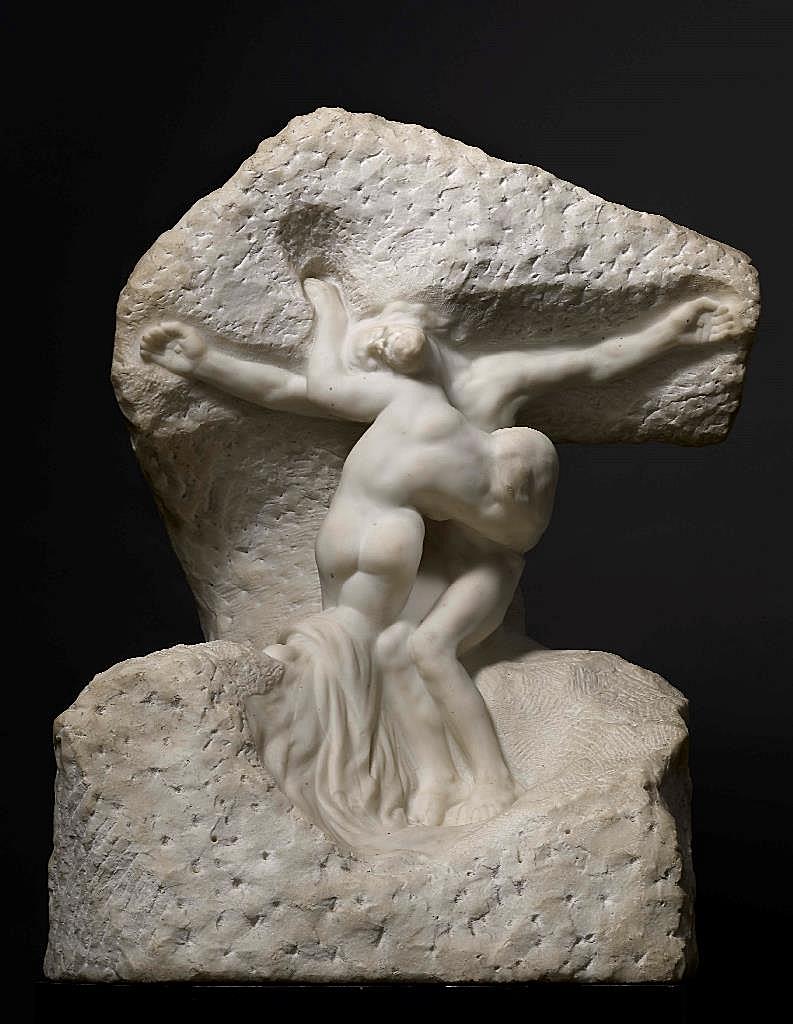 Christ and Mary Magdalene is one of Rodin’s few sculptures with a religious inspiration. Mary Magdalene clings to the suffering Christ represented with his arms outspread and his head dropping sideways. Their two bodies are intertwined, their polished flesh contrasting against the surface of the unpolished marble. As often, Rodin has combined elements he has experimented with before and the female figure derives from one of the damned souls on the Gates of Hell and was also used in Meditation. The conception of the work began in the 1890s and a maquette in plaster of Christ and Mary Magdalene, realised circa 1894, is in the Musée Rodin, Paris. The group was translated into marble between 1905 and 1908 for August Thyssen who owned several sculptures by Rodin (now in Museo Thyssen-Bornemisza, Madrid[1]) and again in 1908 for Karl Wittgenstein. The latter visited Rodin’s atelier in 1907 and upon seeing the first version in course of execution, he commissioned a second marble from Rodin. The artist pledged to Thyssen not to make more than two marbles of the subject. The two marbles entered private collections as soon as they were finished and were never exhibited during Rodin’s life time. But they were photographed in Rodin’s atelier[2] and documents in the archives of the Musée Rodin show that the marble destined for Karl Wittgenstein was executed by Rodin’s collaborator Victor Peter (who also executed the Thyssen version) in 1908 and sent to Vienna in January of the following year.

Karl Wittgenstein was a Viennese steel tycoon with one of the world’s largest fortunes by the end of the 19th century. He was a leading patron of the arts, commissioning works by Rodin and financing the construction of the Secession building Gustav Klimt painted Wittgenstein’s daughter Margaret while Gustav Mahler and Johannes Brahms regularly gave concerts at the Wittgenstein palace. His son Paul (1887-1961) became a concert pianist despite having lost his right arm during World War I. Maurice Ravel composed his Piano Concerto for the Left Hand for him. Rodin’s Christ and Mary Magdalene was stored in the cellar of the Wittgenstein palace during World War II[5]. 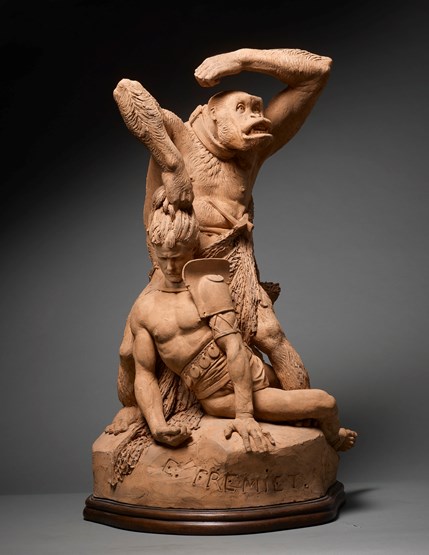