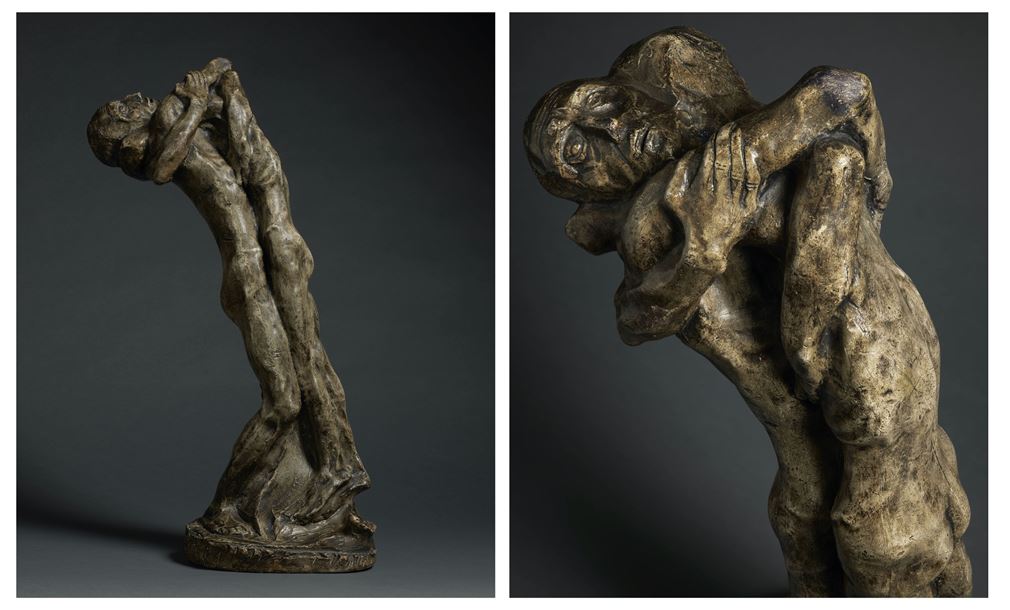 The Prodigal Son
George Minne
1896
Silver patinated plaster
59 cm high
Enquire about this Artwork
Dated to 1896 The Prodigal Son portrays the moment of reconciliation between an elderly father and a reckless son. In this moment of compassion, love conquers all - the son’s sins are forgiven and time stands still. 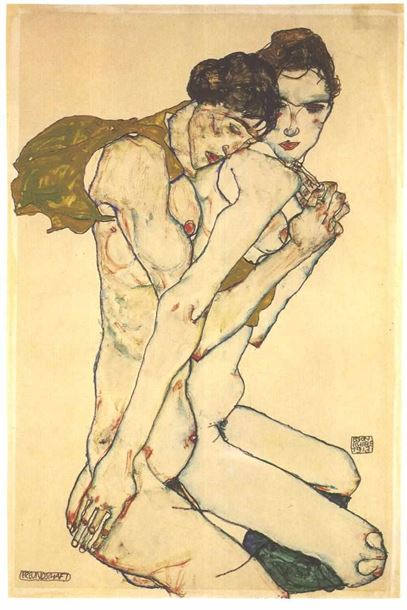 Freundschaft, Egon Schiele, 1913
It was this sort of powerful and highly original approach to sculpture which led to Minne becoming involved with the progressive avant garde in Brussels in the 1890s. Minne’s work attracted the attention of artists such as Gustav Klimt, Egon Schiele, and Oscar Kokoschka.

I am beautiful, August Rodin, 1882
Sketchbook studies for The Prodigal Son, George Minne
Minne had explored the idea for of The Prodigal Son in several drawings in his sketchbooks. The daring curved form is also much indebted to the great master Auguste Rodin and his 1882 I am beautiful.

Prodigal Son, Constantin Meunièr, 1895, Leuven Museum
The expressive pose and emotional intensity of Minne’s portrayal of the Biblical story makes it entirely his own. It is an image which is set apart from more traditional and reserved interpretations of the subject – such as a work of the same title by his contemporary and compatriot, Constantin Meunièr. 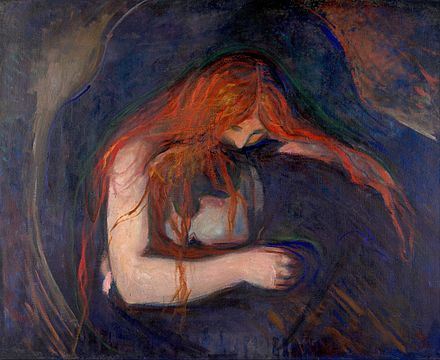 Love and Pain or Vampire, Edvard Munch, 1895
Minne’s vision is a spiritual experience of two emaciated bodies entwined together in an insoluble momentary union. Classically inspired by the subject of Eros and Thanatos - or love and death – it is a truly symbolist idea.

(L-R) Giambologna, Hercules and Antaeus, ca. 1578-80, bronze statuette, Kunsthistorisches Museum, Vienna
Michelangelo, Pietà, 1498-99, Marble, Rome
Hieronymous Bosch, St Christopher carrying the Christ Child, c. 1490-1500, oil on panel, Bojimans Museum
As the son is raised into the air by the intensity of the embrace by his father Minne refers to the iconographic depiction of apostles - often portrayed on church facades standing on the shoulders of the forebears or indeed the imagery of St Christopher carrying the Christ child on his back. The concept of one figure supporting another under the doubling effects of gravity is one that finds echoes in earlier Christian depictions of pietà groups, and also mythological depictions of Hercules and Antaeus.