1834
23.5 x 35 cm
Inscribed in the plaster on the program oabove the balustrade ‘KINGS/IL BARBIE/DI SEVIGL’ and on the left side of the sculpture Published Je 1834 London

Born into a family of sculptors, Jean-Pierre Dantan started his apprenticeship with his father, an ornamental wood-carver, and entered the Ecole des Beaux Artes in Paris in 1823. After spending two-years in Rome, Dantan returned to France in 1831 and began to receive a number of state commissions. Although he created statues for the Louvre palace and some chuches, he was primarily active as a portraitist and it is with his caricatures, called portrait chargés,  that he became famous. Finding inspiration mostly in artistic circles, he created statuettes that aimed to amuse, and always avoided political subjects. He parodied prominent men in the world’s of art, theatre, music and letters, as well as other walks of life, in endlessly fascinating and humorous ways, full of skill and spirit. His caricatures made his fortune and ironically contributed to his subject’s celebrity.

While amusing, distorted and grotesque portraits have been produced in various media since antiquity. Dantan seems to be the first academically trained artist to specilaise in sculpted caricatures, doing so with great dedication and success. He began making them in 1826 and continued to do so for the rest of his career, with the 1830s arguably being the most inspired period. Considered in his day to be the originator of caricature portraits, Dantan paved the way for Honoré Daumier’s (1808-1879) series of satirical busts of members of the Parlement  and the vigour of his statuette of the musician Paganini announces Daumier’s Ratapoli (c. 1851).

Dantan’s preoccupation with the world of art and entertainment led him to deride the physical traits of ‘romantic genius’ in such subjects as Victor Hugo and Hector Berlioz (both 1833; Musee Carnavalet). Eventually his caricatures became so famous that the artist was solicited by people who wished to be portrayed by him in order to obtain notoriety. Dantan’s caricatures were pointed, but amusing to most of his victims and the artist enjoyed great success. By the end of the 1830s Dantan had gathered so many of his own works – the serious portraits in one space, and the carictaures in another  - that his residence became known as the Musée Dantan. In accordance with the artists wishes, his widow donated a large collection of his works in 1888 to the Musée Carnavalet in Paris, where the only other known version of La Loge Anglaise exists.

Dantan’s portraits and caricatures are not limited to French subjects. The artist also produced works during trips abroad and his oeuvre is a remarkable gallery of celebrities of the day in Europe, particularly in the worlds of music and theatre. Dantan lived in London for several months in 1833 amd again in 1834; he returned in 1842 but no chargés are attributed to this last visit. At the time of his first sojourns he caricatured a number of English subjects, such as Samuel Rogers (plaster, London, National Portrait Gallery) and an impossibly long-legged Earl Grey. His humorous work found considerable favour this side of the Channel and demand for his chargés was brisk. In the 1930’s in Londonderry House on Park Lane a series of plaster statuettes by Dantan was still on display on Lord Londonderry’s writing table in the library; they represented Lord Sefton, the Comte D’Orsay, Lord Brougham, the duke of Wellington, Lord Eldon, Samuel Rogers and Talleyrand (now at Mount Stewart). The plasters came into the possession of Frederick Stewart (1805-1872) the fourth Marquess of Londonderry; he is known to have among his acquaintances the Comte D’Orsay and the Duke and the statuettes therefore were ideally suited to the mansion, whose interior had been remodelled in the 1820s and which some of the men might have visited.

In England Dantan’s subjects included musicians, noblemen, members of the royal family and politicans- a field he would always be careful to avoid in France. Janet Seligman has suggested that his group depicting the Dukes of Cumberland and Gloucester - respectively brother and brother-in-law of William IV - as well as La Loge Anglais, might have caused offence and precipitated his hasty departure from London in 1834.

Their heads peer out of a balcony at the Kings Theatre and are from left to right: Lord Sefton, Lord Adolphus FitzClarence, Georges Humwell and Lord Allen, in profile. The quartet are sitting in a box watching a performance of the Barber of Seville (as indicated on the program) with varying degrees of boredom.

William Molyneux, 2nd Earl of Sefton (1772-1838) was a sportsman and a friend of the Prince Regent. He succeeded to the title in 1795, sat as MP for Droitwich, Worcs., between 1816 and 1831 before joining the House of Lords. He acquired the nickname of Lord Dashalong, because of his fondness for racing through the streets of London in a carriage with four horses. Yawning next to him is Lord Adolphus FitzClarence (1802-1856) the younger son of the illegitmate family of ten children of William IV and the comic actress Dorothy Jordan. FitzClarence became a naval office and on William IV’s accession in 1830 he took command of the royal yacht, a position he retained under both his father and Queen Victoria. FitzClarence was devoted to his mother, who inspired his great love of theatre and he was involved in the foundation of the Garrick Club.

The King’s son and his three friends are sitting at the Kings Theatre now Her Majesty’s Theatre, situarted on Haymarket. Founded in 1705, the theatre was destroyed by fire in 1789, and upon being rebuilt used extenisvley for opera.

Whilst Dantan’s caricatures were much appreciated in London in his day, only a few rare examples remain in British collections today. 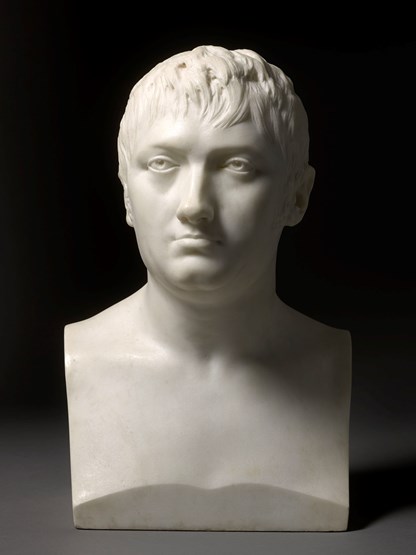 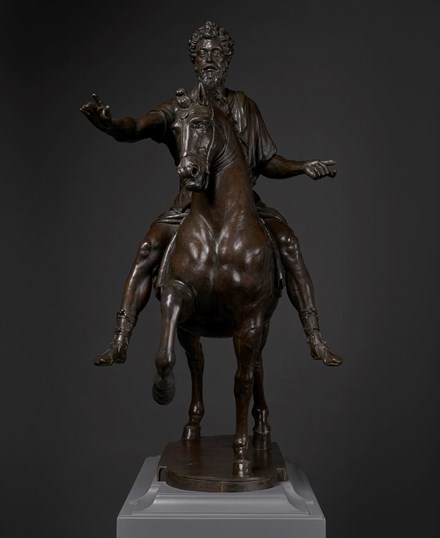