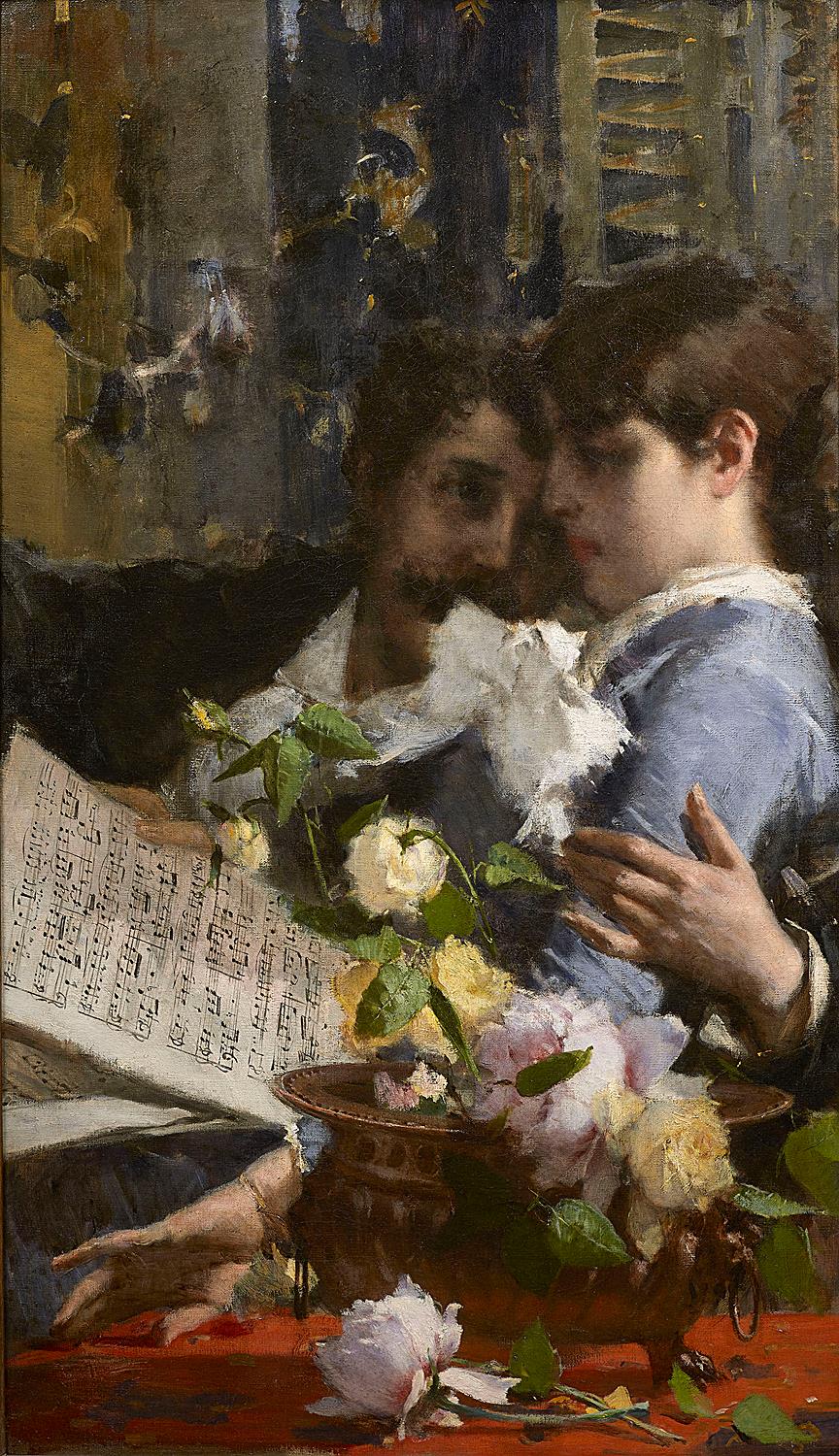 Born to an impoverished peasant family, Ripari was placed in an orphanage. As he showed early artistic talent he was granted a stipend to attend the Brera Academy, where he won a number of prizes and studied under Giuseppe Bertini and Raffaele Casnedi. Establishing his studio in Milan he began to exhibit genre scenes, landscapes, portraits and a handful of subjects set in classical settings. In 1872 he exhibited a Garden Landscape at the Milan Salon and in the late 1870s Queen Victoria acquired several of his landscapes depicting northern Italy. For the remainder of the century he continued to paint views, genre scenes and portraits although the latter took more of his attention in his last years.

Ripari’s choice of a subject connected to Alfredo Catalani’s romantic opera, La Wally (first performed in 1892), may have been inspired by the artist’s own experiences in the Tyrol during the Italian War of Independence in 1866. The opera is based on a novella by Wilhemina von  Hillern, Die Geier-Wally – Eine Gesc, hichte aus den Tyroler Alpen (The Vulture Wally: A Story from the Tyrolean Alps). It tells the story of a young woman, La Wally, who falls in love with Hagnebach, the son of her father’s enemy. When forced to marry another, she chooses exile from home. Her decision to live alone in the mountains inspired the most famous aria in the opera, “Ebben? Ne andrò lontana“, which has been performed by every leading soprano of the modern era from Maria Callas onwards. Years later with her father dead and now the owner of his farm she hears that the object of her youthful passion was to marry another. She goes to find him but he plays what she believes is a cruel joke and, furious, she asks an old admirer to kill him. Overcome with remorse when she hears that Hagenbach was thrown into a ravine she goes to rescues him but as she still believes he loves another she leaves him to recover, disconsolate. In the opera’s last act Hagenbach comes looking for her in the mountains but when he calls her name he sets up an avalanche which sweeps him to his death; she, heartbroken, throws herself after him. 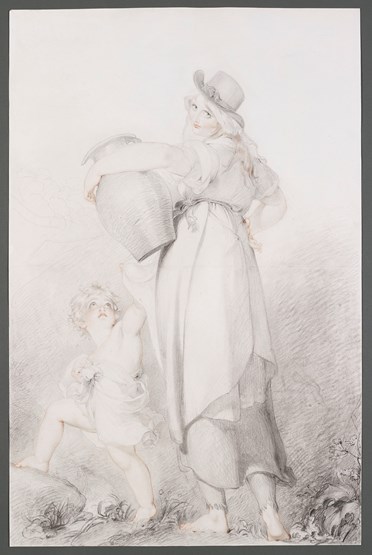