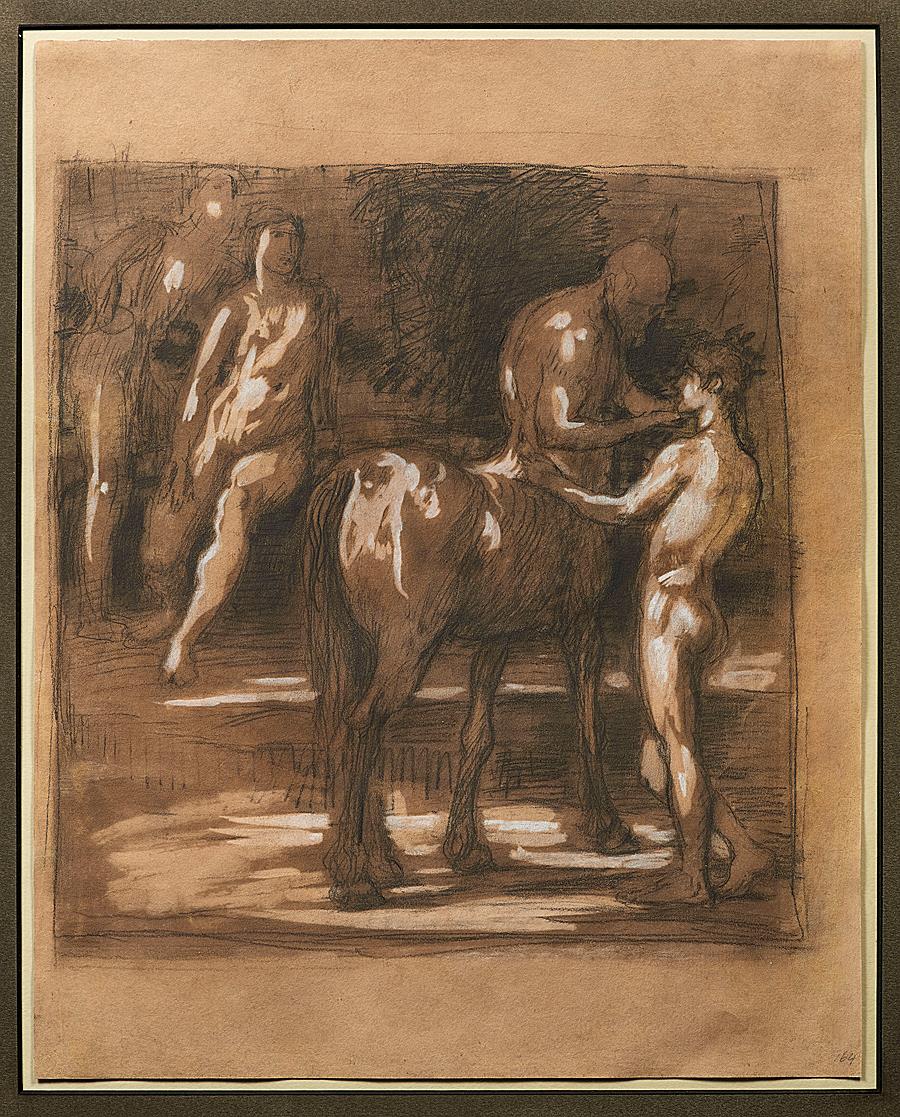 Active as a painter, draughtsman and sculptor, Marées was a leading representative of the later 19th-century return to Renaissance models, especially the use of figure painting in large-scale decorative schemes. He trained in Berlin (1853–5), first at the Akademie and then in the studio of the equestrian painter Carl Steffeck. In 1857 he moved to Munich and in the following years made a series of self-portraits that are notable for their strong chiaroscuro amd psychological intensity. In 1864 Adolph Friedrich Graf von Schack commissioned Marées to go to Italy, primarily to make copies of Old Master paintings for him. Over the next two years Marées painted four copies from paintings by Palma Vecchio, Titian, Velázquez and Raphael (copies now all Munich, Schack-Gal.). These, however, were not so much painstaking reproductions of the originals as evidence of an independent exploration of the subjects, and the relationship between artist and patron broke down in 1868. Marées subsequently traveled to Spain, France and the Netherlands, which reinforced the influence of Old Master painting on his work. Having settled in 1876, he began to teach several young artists, most of them sculptors, which suited his interest for the formal representation of the human figure.

The present sheet forms part of a series of drawings on the subject of Chiron and Achilles. Meier-Graefe dates it to the year 1883, citing Viktor zur Helle[1]’s account of events as relayed to the painter Franz Pallenberg.[2] Zur Helle asked Marées to give him a personal memento before he left Rome for a trip to Germany, and this was the genesis of the latter’s series of drawings.  As Meier-Graefe wrote “Marées satisfied his [zur Helle’s] wish almost immediately. Picking up an envelope at random, he rapidly sketched the motif as a symbol of the relationship between teacher and pupil”.

The subject is rich in interpretative aspects and Marées possibly saw himself in the figure of Chiron, the bearded centaur of Greek mythology who was wise and learned and acted as a teacher to Achilles. The image could represent a farewell scene between the two main protagonists. The large number of known studies on this theme seem to indicate that Marées intended to realise a painting but it appears that this was never executed. The two female figures depicted in the background are probably dryads, which were wood nymphs in Greek mythology.  Marées adopted a wholly classical approach, as seen in the representation of the nude figure of Apollo.

The present work is of outstanding quality and fine state of preservation; as seen in the freshness of the wash and subtle gradations of white heightening. 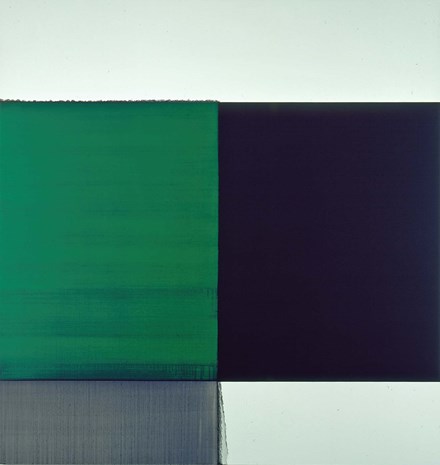 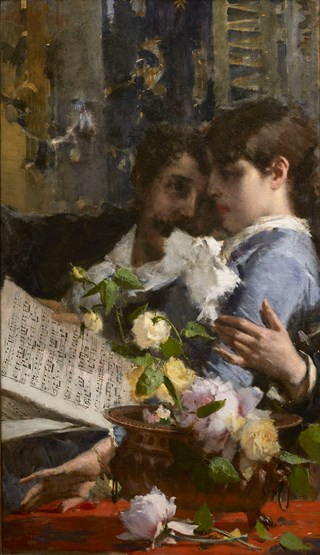 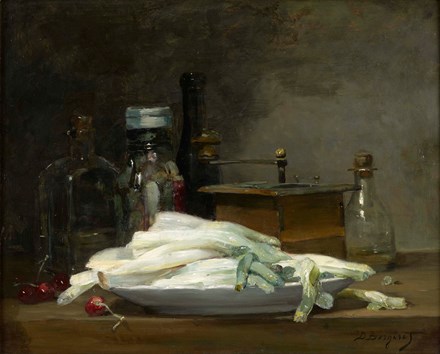 Jars, bottles and a plate of asparagus