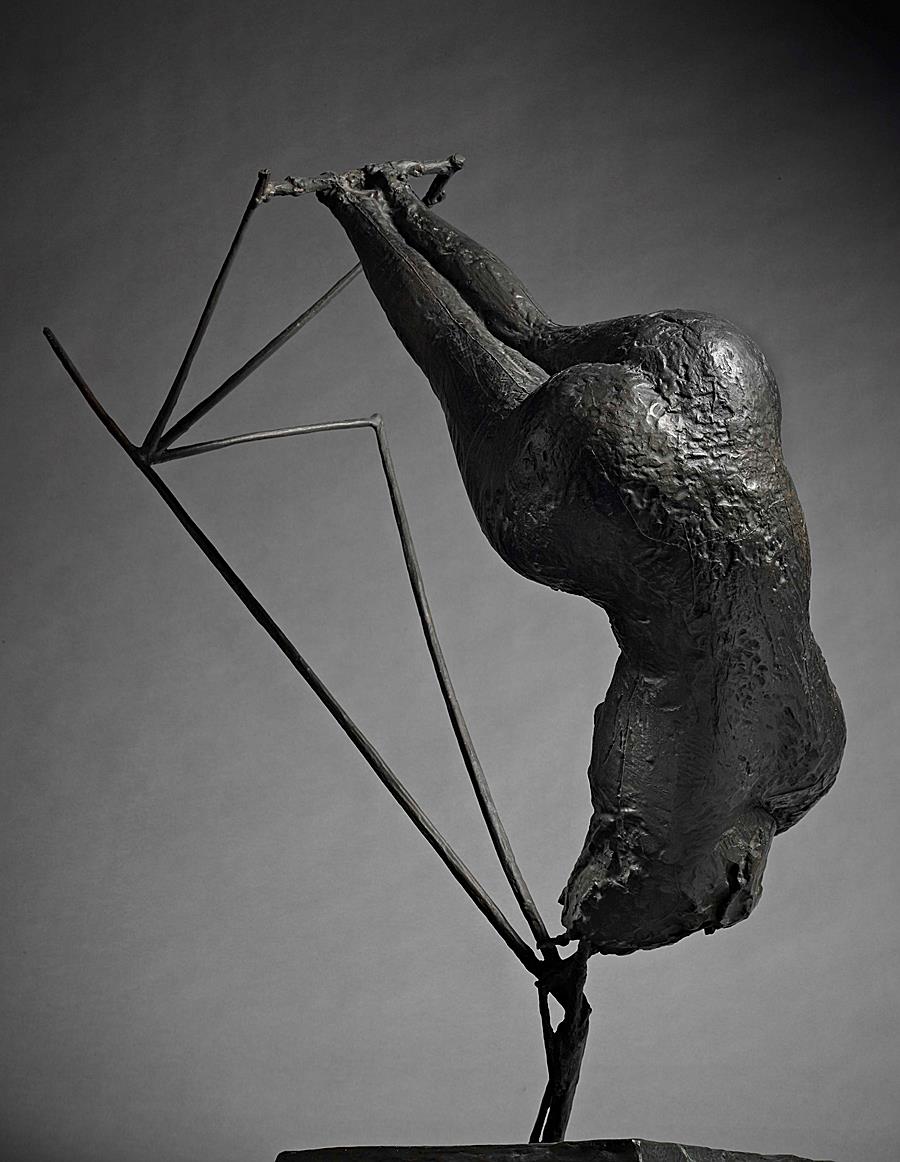 Signed with monogram and numbered 5/8

Female figures form the largest part of Butler’s subject matter in the 1950s, and towards the end of the decade a group of sculptures evolve on a theme of Figure in space. The sculptures belonging to that group all share certain characteristic, notably the absence of hands and feet, and the extreme tensions within the bodies. 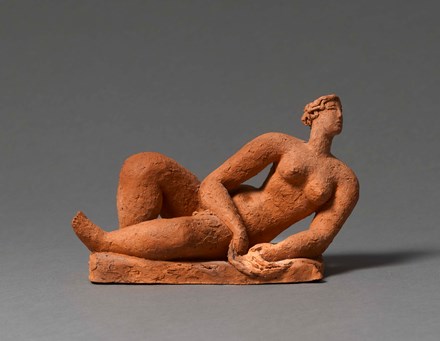 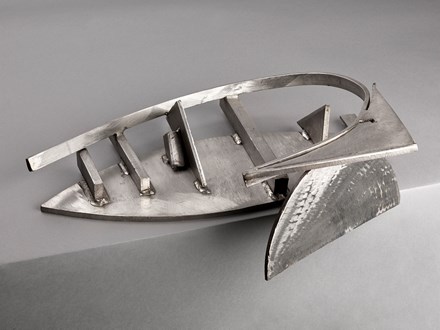 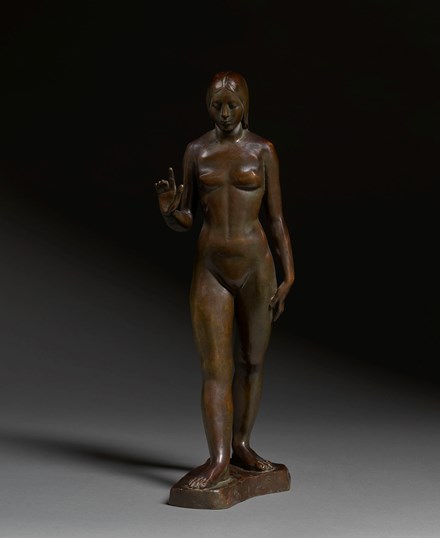